When collecting data and performing experiments in science, we pay attention to what are called scientific variables. Variables are conditions in an experiment that can be changed, or manipulated. By measuring different types of variables, we are able to prove or disprove a hypothesis. To learn more about the scientific process and collecting data, check out this challenge!

There are three types of variables in a scientific experiment:

Independent Variables-- An independent variable is the factor in your experiment that is changed in trials. It is important to only alter your independent variable so that you know which variable amongst trials is the one actually changing your results, and causing the things you see and observe happen.

Controlled Variables-- A control variable in your experiment is one that stays constant. If we did not have controlled variables, we would be unable to determine with certainty why changes occur. For instance, you will want to take your data for Speedy Sleds on one day, instead of over several days, so that the snow does not melt or change in firmness.

A good variable to use in an experiment, is one that can be measured. This means that there is a concrete value you can obtain when taking data and measurements. These are things like weight, height, time, etc.

In physics, we often have to calculate the speed of an object. This is one of the quintessential values when we think about motion. Since sleds can move pretty quickly over snow, this video challenges us to determine just how fast you can actually go!

Let's say you measure your distance in feet, and time in seconds. How far can you go in a certain amount of seconds? 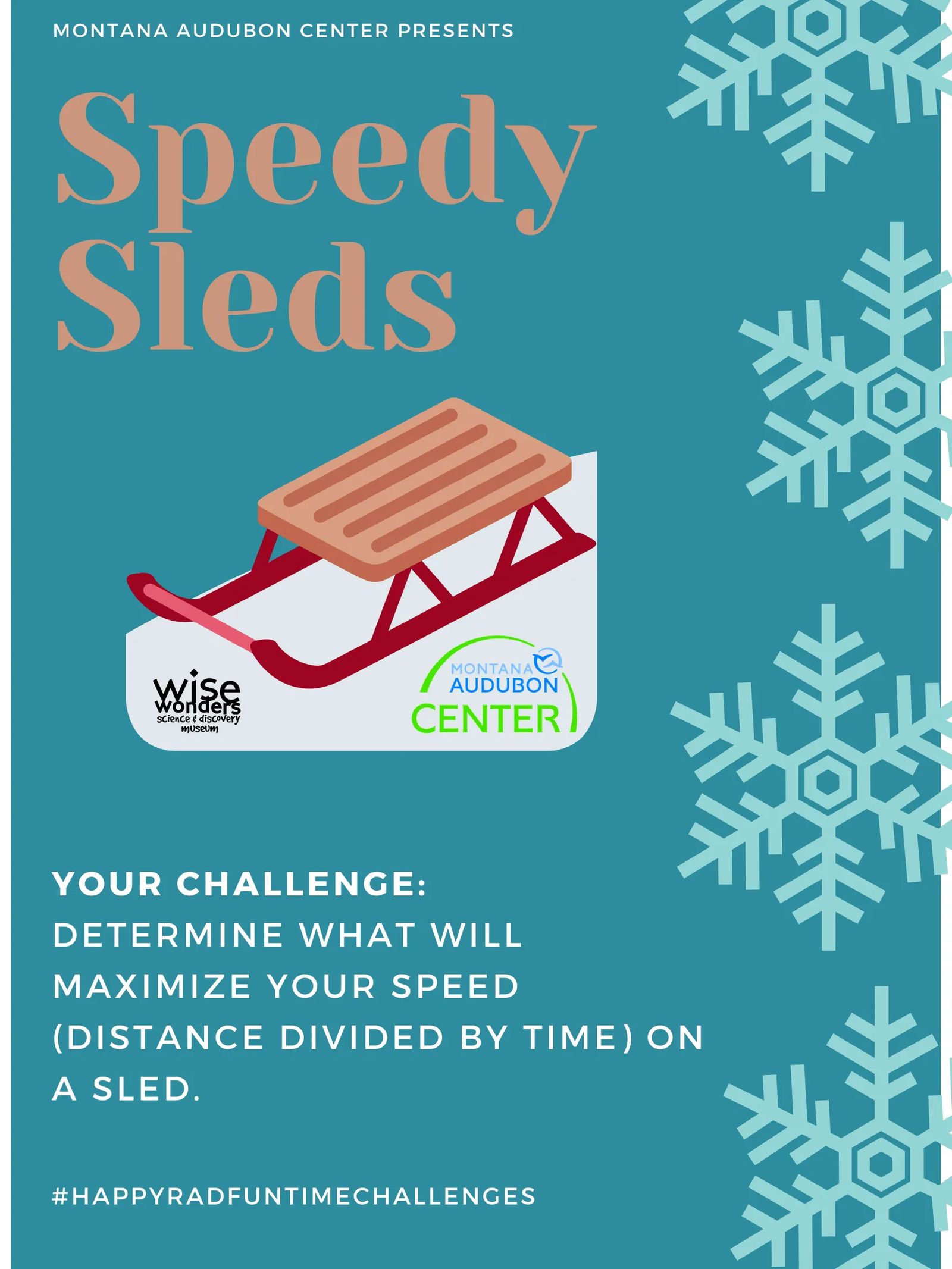 For another fun activity that investigates friction by learning about how hockey pucks travel on ice, check out this link!